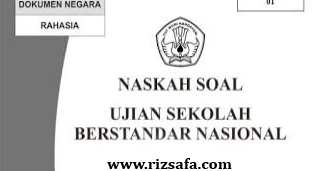 Questions1 – 3 are about the following news.
California wildfires have destroyed more than 1,000 homes
(CNN)One person died and 10 homes burned in a fire that started Saturday in California's Carmel Valley south of Monterey, fire officials said. Two nearby communities are under evacuation as the fire has burned 1,200 acres so far and is only 10% contained, according to the state wildfire fighting agency, Cal Fire.
Three other people have died so far in this summer's wildfires: a 72-year-old woman with multiple sclerosis who couldn't get out of her house, a 66-year-old man who didn't follow evacuation orders, and an elderly person who was found by cadaver dogs.
Two more large wildfires burning for days in Northern California have destroyed more than 1,000 homes and hundreds of outbuildings, fire authorities said.
The Valley Fire has consumed 585 homes as while raging through Lake, Napa and Sonoma counties over the course of a week. It has destroyed hundreds of other structures and scorched more than 70,000 acres of land, according to Cal Fire.
Another wildfire burning in a nearby area, the Butte Fire, has destroyed 511 residences and more than 330 outbuildings in the course of at least 10 days. Cal Fire's data was posted late Saturday.
Late Saturday, many of the other current fires burning in California were nearly 100% contained, and the Valley Fire and Butte Fire were mostly contained.
The American West has seen one of its worst fire seasons this year, burning through a particularly large area of the landscape, according to the National Interagency Fire Center. Nearly 9 million acres have gone up in flames so far this year compared with close to 3 million over the same period in 2014.
This year's tally is already higher than any other in the last decade. Four years of exceptional drought in California in particular have provided a lot of dry tinder for the flames.
CNN's Tony Marco contributed to this story.
1.What made the wildfire in California higher than the year before?
A.Due to exceptional drought
B. Due to crowded housing
C. Due to difficulties in evacuation
E. Due to a lot of fires
D. Due to late firefighters

2.It has destroyed hundreds of other structures and scorched more than 70,000 acres of land. (paragraph 4). The word ‘it’ refers to:
A.Lake county
B.Sonoma county
C. Wildfire
D. The Valley fire
E. The Butter fire

3.Late Saturday, many of the other current fires burning in California were nearly 100% contained. The word ‘contained’ has the closest meaning with:
A.Consisted
B. Flamed
C. Unbounded
D. Closed
E. controlled

5.What job will be done the day before the festival begins?
A. Making posters
B. Setting up the gym
C. Helping the performers
D. Cleaning up the gym
E. Welcoming guests

Questions 7 – 10 are about the following text.

A tornado can do a lot of damage. The wind of tornado rushes at great speed around a funnel-shaped cloud. It travels in a path a few hundred feet wide and about twenty-five miles long. As the wind circles counterclockwise, the funnel spirals higher and higher. The force of the wind sucks tip water, dirt, and objects, and carries them along with it. It may drop them again many miles away. Houses and huge trees have been drawn into tornado funnels. At sea, ships have been nearly sunk by tornadoes dropping water on them.
East of Australia people talk about a rain of blood. This is caused by a tornado picking up red dust and mixing it with water to make red rain. There are even stories about a rain of fish and frogs caused by a tornado sucking them up and then dropping them.
7.A tornado is a …
A.Rainstorm
B.dust storm
C. great circling wind
D. huge funnel of water
E. a rain of blood

9.The wind in a tornado usually travels …
A.straight up
B.up and around
E. Spiral
D. Down
E. Spiral

Questions 11 – 15 are about the following text.

Ki Hadjar Dewantoro,  original name Raden Mas (Lord) Suwardi Surjaningrat   (born May 2, 1889, Yogyakarta, Javadied April 26, 1959, Yogyakarta), founder of the Taman Siswa school system, an influential and widespread network of schools that encouraged modernization but also promoted indigenous Indonesian culture.
Dewantoro was born into a noble family of Yogyakarta and attended a Dutch-sponsored medical school but failed to complete the course. Active in the nationalist cause, he belonged to a faction favouring direct action and the use of Western methods to destroy the power of the Dutch. He was also a member of the Bandung chapter of Sarekat Islām (“Islamic Association”) and a founder of the Socialist Indische Partij (“Indies Party”). An article he wrote during this period, “If I Were a Netherlander,” published in the Indische Partij‟s De Express, led to his exile to the Netherlands between 1913 and 1918.
In the Netherlands he became converted to the idea of using Indonesian cultural traditions to cope with the problems posed by Dutch colonial rule. He felt that education was the best means to strengthen Indonesians, and he was deeply influenced by the progressive theories of the Italian educational reformer Maria Montessori and by the Indian poet and philosopher Rabindranath Tagore.
The first Taman Siswa schools were established in Java in July 1922. Instruction, carried on informally, emphasized traditional skills and values of Javanese life, particularly music and dance. Western subjects were taught, too, in order to help students cope with the demands of modern life. Overcoming initial official hostility, the Taman Siswa schools had spread throughout the archipelago and were by the late 1930s subsidized by the Dutch colonial government. Based on traditional Javanese concepts, the Taman Siswa schools appealed primarily to those segments of Indonesian society termed abangan, in which the Islamic faith is less deeply entrenched. Dewantoro continued his leadership of Taman Siswa after the war and upon his death was acclaimed a national hero.
11.What is the main idea of paragraph 2?
A.Dewantoro‟s background
B.Dewantoro‟s royal family
C. Dewantoro‟s birth
D. Dewantoro‟s education
E. Dewantoro‟s activities

15.Dewantoro continued his leadership of Taman Siswa after the war and upon his death was acclaimed a national hero.
The underlined word has the closest meaning with ...
A.Praised
B.Criticized
C. Declared
D. announced
E. emphasized

Questions 16 – 20 are about the following text.

Why Children Should Be Encouraged to Play Outside
About twenty years ago, when the Internet was not so easily accessible, and daily life was not spammed with all kinds of gadgets and electronic toys, children used to spend much more time outdoors. Nowadays, however, children prefer to spend free time at home, as this way they can watch more TV, play XBox or Playstation, play games on their parents‟ tablets, and so on. Although this may also be more comfortable for parents, as they can watch and control their child easier when at home, for a child‟s sake, it is better to encourage him or her to play outdoors.

According to a new study held in Australia, teenagers who are regularly engaged in moderate-to-vigorous outdoor activity tend to have better health and easier social interactions than their peers who prefer to stay at home and play games. On average, the difference in time spent outdoors for these two groups was about 2.5 hours

Indeed, as it has been discovered, outdoor activity does not just generally improve the way a child feels; there are a number of specific benefits a child or teenager receives from playing outdoors.  Spending a lot of time outdoors helps teenagers avoid or reduce stress and feel more relaxed, have more confidence in themselves, boosts self-esteem and allows them to keep in touch with old friends and also make new ones.

What is also important, spending time outdoors helps children to develop skills connected to creativity and invention. According to Robin Moore, an expert in the design of play and learning environments, the objects of the outdoors grant children with limitless possibilities for playing, and each time a child steps outside, these games change, or new ones are invented. Creative skills that a child develops when playing outside can help him or her in the future – for example, when there is a need to solve a non-standard task, or come up with a new idea.

Although the popularity of gadgets and gaming consoles is beneficial for parents (since it is easier for them to control and watch their children when they are at home), for children‟s sake, it is better that they spend more time outdoors. Playing outside not only improves a child‟s general physical and psycho-emotional condition, but makes him or her physically stronger, more flexible, and self-confident. Playing outdoors positively affects self-esteem, helps a child to maintain a healthy weight, and develop social contacts. Moreover, playing outdoors contributes to the development of creative thinking and imagination. Therefore, parents should encourage their children to spend much more time outdoors.
16.What does the text tell us about?
A.Differences of children activities in the past and at the present time
B.How to spend free time wiith children
C.The needs of physical activity to boost children‟s health
D.The benefits of playing outdoors for children
E.The objective of playing outdoors for children

17.The followings are some advantages for children playing outdoors, except:
A.Parents can control their child easier
B.Children tend to have better health
C.Children can have more confidence
D.Children can be more creative
E.Outdoor activities help children avoid stress

18.How can playing outdoors help children in the future?
A.By having more confidence
B.By developing their creativity
C.By building stronger bones and muscles
D.By spending their free time with others
E.By playing game in front of screen

20.Rearrange the following sentences into the correct and meaningful paragraph!

1)If you don‟t have an account yet, create one.
2)Sign in to get into your account in your mail provider.
3)Click compose message button to start writing your email.
4)Type the message you want to send just like typing a letter.
5)You may add a title for your email by typing it in the subject bar below the address.
6)When you finish typing, click send button. Your email will be sent to the desired address.
7)Prior to writing, decide the receiving mail address by typing it on the address bar or browsing it in your contact database.
The best arrangement of sentences above is ....
A.1-2-4-5-7-3-6
B.2-1-3-7-5-4-6
C. 3-7-4-5-1-2-6
D. 4-3-2-1-5-7-6
E. 7-3-4-2-1-5-6
Facebook
Twitter
Pinterest
More
Less
Tumblr
Mix
E-Mail
GMail
LinkedIn
Reddit
XING
WhatsApp
Hacker News
VK
Telegram
OK
Line
Prev Next Home